Upgrade Your Refrigerator, Save Money Twice.

One of the biggest energy guzzlers in your home (besides, most likely, your thermal envelope, which lets expensive conditioned air escape through air leaks and poorly insulated walls) is the refrigerator. Upgrading it, believe it or not, can save you a bundle of money in the long run, as long as you don't simply put your old fridge down in the basement and plug it back in. Now, before you balk at the high upfront cost of replacing your fridge, let us explain why we (admittedly, energy-efficiency/penny-pinching geeks) think it's a good idea:

1) You pay twice for an inefficient refrigerator.

If you have an older fridge, it's getting cool on the inside by running a motor that makes the room itself warmer, just like a heater would. If you have air conditioning, it has to work that much harder (also using electricity) to remove the heat from your house — so there's a double-whammy penalty for having an inefficient fridge.

2) New Energy Star models are much, much more efficient than older refrigerators.

A friend of ours at Energy Circle (Tom) did a little research on a fridge he bought in 1998 (not too long ago), and discovered that replacing it with an Energy Star model (of the same design, size, etc.) that he could buy today would use less than 1/2 the electricity. If he got a more efficient design (i.e. freezer on top instead of side-by-side), it would use 1/4 as much. If he got the most efficient model of the most efficient design, it would use about 1/6th as much electricity. And none of this accounts for the important point that all of that inefficiency is released in the form of heat, which makes his house hotter! Yikes!

Energy Star has a great tool for calculating the savings of upgrading your refrigerator on their website. A quick test of the tool shows, for example, that replacing a side-by-side model from 1992 with a new Energy Star model would save about $125 per year (along with the savings garnered from having to run the AC less frequently).

We think the old refrigerator problem is actually bigger than most people think. The Energy Information Administration estimated that in 2001, more energy was used for refrigeration than for space heating, water heating, or lighting. We also have a great deal of faith in the Energy Star program itself: despite some recent criticism, the Energy Star label has been hugely successful in driving energy efficiency in appliances and electronics since the program's creation in 1992; and, as we saw recently when the label was peeled from a number of LG and Kenmore refrigerators, the program continues to evolve and improve.

On a final note, it's important to keep in mind that simply buying a new refrigerator, and sticking the old one down in the basement to keep a six-pack cold, doesn't fix anything. To help drive the point, in addition to rebates and other incentives for purchasing Energy Star appliances, a lot of states are now issuing rebates for recycling your old fridge (essentially a cash-for-appliances program aimed at getting those old fridges out of the basement).

So the mantra is simple: refrigerate, recycle, rebate. 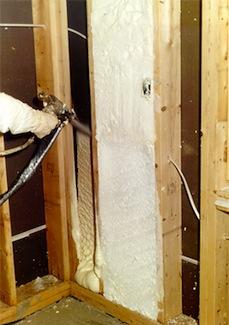